skip to main | skip to sidebar

Ray Stanford is a researcher of things psychic and UFO. He has been in and out of these fields over many decades. In the past several weeks, Stanford has re-emerged from obscurity to counter recent evidence that the Socorro UFO sighting by Lonnie Zamora in 1964 was a hoax. Stanford was a Socorro "star," promoting the famous sighting for years. He authored a strangely-titled book on the event entitled "Socorro Saucer in a Pentagon Pantry."

Now might be the time to carefully examine Mr. Stanford's credibility and background. Stanford claims to have had a special relationship with policeman Lonnie Zamora. In a recent article refuting the Socorro hoax charges, Stanford made the stunning announcement that he has held a decades-long secret. The "insignia" found on the side of the UFO that Lonnie sighted was not the one that Lonnie reported. Lonnie supposedly entrusted Ray, and Ray alone, with the design of the "real" insignia. Now that Lonnie has passed, Stanford says that he can now reveal the "genuine" insignia to the world. 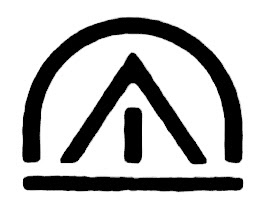 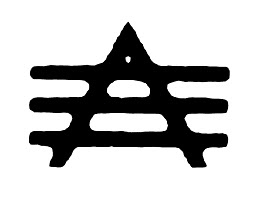 But who is Ray Stanford?

In 1954, Stanford began to receive "telepathic messages from Space People" he stated. At the time, he was associated with George Hunt Williamson, an alleged fraud and "contactee." Williamson was closely allied with "contactee" George Adamski. (Williamson was the one who took the "plaster casts" of the Venusian footprints that Adamski said he found in the desert.)

Stanford was also close with John McCoy, who at the time operated the "Essene Press." Stanford was living in the same town as Williamson and McCoy (Corpus Christi, Texas.) Williamson and McCoy helped shape young Stanford’s early views on UFOs and his "standards" of UFO research. The so-called "research" included falling into trances to contact extraterrestrials.

Stanford later had a falling-out with Williamson and McCoy because of a revenue dispute. Stanford said they had ripped off his channeled messages and published them in a volume under the name "Brother Philip."

Stanford was introduced to the UFO field by shysters, hawking bogus stories to an uninformed public. When Stanford learned that the fraud had turned on him, denying him money for his "work" by these contactee pretenders, he disavowed Williamson and McCoy and started his own UFO contactee business.

Later, Stanford got deeply entangled with a 1950s cult called "Soulcraft." Soulcraft was an occult group with a dark side. It was established by William Pelley, the leader of an American Fascist organization called the "Silver Shirts."

Stanford stated that in the autumn of 1973 his car was, not once, but twice, teleported large distances while driving to the airport to pick up Uri Geller. Stanford stated that he (along with the car!) was transported some 30 miles in the blink of an eye. Stanford said that an entity that he had conjured called "Spectra" assisted in moving him and his vehicle instantaneously down a highway.

In the 1970s, Stanford was in full swing. He began to author a series of books with titles like "The Spirit Unto the Churches: An Understanding of Man's Existence in the Body Through Knowledge of the Seven Glandular Centers From the Psychic Readings of Ray Stanford." Stanford also authored such "classic" tomes as "What Your Aura Tells Me."

Stanford fancies himself a UFO scientist. He started up yet another group (the time called Project Starlight International, or PSI) with the aim to attract and detect UFOs.

Stanford's UFOdetector had an "attractor" feature that include a circle of lights that was supposed to gain the attention of flying saucer aliens! Simple and child-like in design, Stanford's circle of spinning lights, which displayed on and off at different intervals, is reminiscent of Steven Greer's ridiculous attempts at attracting UFOs by shining flashlights up into the sky. Stanford also had a "Precision Monitoring UFO Magnetometer" for use in the home:

His detector has been marketed on eBay:

He was also operating a "non-profit" Association for the Understanding of Man (AUM) in Austin, Texas. The central focus of Stanford's AUM was his "psychic readings." After inducing trances, he would give long taped discussions. He would speak in various accents and inflections. Stanford made unusual sounds and varies the tenor of his voice but maintained that these were the actual voices of the entities. He contacted such ethereal organizations as the "Great White Brotherhood" and "The Watchers."

In one tape, Jesus Christ, Himself, speaks through Stanford's borrowed vocal chords.

In 1995 NewHeaven/New Earth www.nhne.com a spiritually-oriented organization publicly condemned Stanford's work. Formerly very supportive of Stanford's psychic abilities, the organization apparently had learned of some disturbing things about Stanford. David Sunfellow of NHNE wrote, "Since this report was first published we have become aware of serious issues casting doubt on the trustworthiness of Ray Stanford's psychic readings. We question the credibility of all of Stanford's journals, newsletters and other publications."

AUM finally fizzled, but not before securing many dues-paying members and selling thousands of transcripts and tapes.

At one time, Stanford promoted the construction of a machine that he called "the Hilarion Accelerator." This device, he claimed, would transport a living human being back in time. He told his followers that the device would physically teleport people to the distant past. The machine was described as a metallic egg-shaped chamber (echoes of the Socorro UFO) that housed a human subject. Stanford said that when the device was charged to "around three million volts electrostatic charge" it would enhance the subject's paranormal powers. He eventually abandoned the machine. apparently concerned that it would send people to ancient times and that they would die there because he might not be able to get them back.

In 1990, Stanford (sometimes called "the Christian Psychic") published a book called "Fatima Prophecy." In it, he revealed the third secret of the supposed Fatima Prophecy. When the secret was finally revealed by the Catholic Church, it bore no resemblance, none whatever, to what he had written in his “”Fatima Prophecy.”

Stanford often acts like a non-Christian. Flying off the handle and cantankerous, in his advancing years, he has become foul and threatening in his comments about those with whom he disagrees.

During the current Socorro dust-up about hoaxers having caused the Zamora/Socorro UFO landing on April 24th, 1964 (re-asserted by UFO researcher Anthony Bragalia), Stanford, and his devotees, rose up en masse to condemn the idea that Lonnie Zamora and various government agencies were fooled by some college kids, pranking a UFO episode.

Stanford challenged Bragalia to a debate on the matter, but Bragalia wouldn’t indulge Stanford, knowing, as many do, that Stanford has a shaky background, and is considered, by persons who know better, that propping up Stanford is a nail in the coffin of truth.

While the Socorro matter is open to discussion, engaging in a debate about it with Stanford the Psychic, Stanford the Time Traveler, Stanford the Contactee makes no sense, whatsoever.

Here are two video clips about Ray Stanford that you might find interesting: